At the beginning of March 2022, Robert Jeszke, head of CAKE, made a few comments on the recent deep drops in the EUA allowances market – for Biznes Alert, Bankier.pl and PAP. 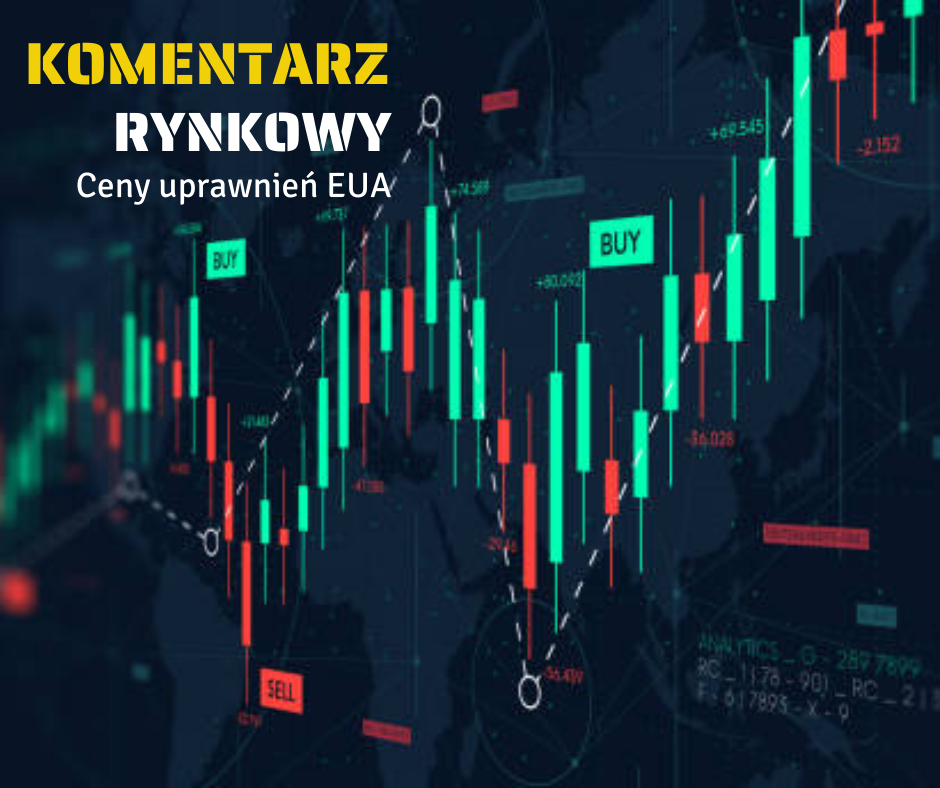 Robert Jeszke notes that the EUA prices have fallen by more than 40% in the last few days, from the level of EUR 95 to 55 . The scale of the decline is somewhat similar to the situation in March 2020 when COVID-related allowance prices plummeted by around 38%. The difference, however, is that at that time deep declines were recorded in all financial markets. However, now there is no such panic on other stock exchanges (apart from the russian exchange – RTS). Additionally, so far there has been a positive correlation, often cited by analysts, between increases in energy commodity prices (mainly gas) and increases in EUA prices. Right now this correlation has reversed – gas prices are rising and EUA prices are falling. The immediate cause of such deep declines was the panic on the market, intensified by the execution of “stop loss” orders by investors who place this type of orders in order to limit losses in a very sharply falling market. It can be assumed that most of the allowances were sold by financial institutions. However, it cannot be ruled out that some industrial installations could also sell allowances in order to cover the costs of the sharp increases in the prices of commodities and power. The more so that some installations operating in the EU ETS received outstanding free allowances for 2021 and 2022.

The fall in CO2 prices began with the start of Russia’s invasion of Ukraine. Probably in such an uncertain geopolitical environment as in recent days, investors preferred to get rid of highly volatile assets, such as EUA allowances, taking profits and investing funds in other markets, e.g. in “safe heaven” assets (US dollar, Swiss franc or gold), but also highly expensive gas, coal and oil markets. The increase in energy commodity prices is strongly influenced by the discussions on restrictions on supplies from Russia. This makes it necessary to replace these sources with other raw materials, which may contribute to a faster increase in production from RES and a return to nuclear power. This, in turn, could contribute to reducing emissions and therefore reducing the demand for allowances and the market is now discounted it. Negative market sentiment could also be favored by the announcement of a reform of the only one  price mechanism in the EU ETS – Art. 29a of the EU ETS Directive, the aim of which is to intervene in the market if EUA prices rise too quickly. As part of the ongoing work in the EU on the reform of the EU ETS, several proposals have already appeared, including speed up the operation of this mechanism. Some experts express concerns that Russia’s aggression towards Ukraine may adversely affect and delay the reform of the EU ETS, because now the EU will have other priorities, i.e. greater involvement in helping Ukraine and fighting with high electricity prices. Some Member States, such as Poland and Italy, are even calling for the suspension of the EU ETS. All these factors may have contributed to the market panic.

For EU ETS entities, such a drastic drop in CO2 prices may be a very good opportunity to buy allowances at a relatively low price, in particular to surrendered emissions for the previous year (deadline is at the end of April). The emergence of a demand from the installation may contribute to the maintenance of a long-term upward trend. Such a scenario is indicated by the still strong foundaments of this market –  year to year there will be less and less allowances on the market, and the demand for energy in Europe (i.e. for emissions) should remain high as long as the post-covid recovery continues. On the other hand, a further deepening of the declines cannot be ruled out. It seems that in this case the sentiment of investors will be of key importance, depending on further developments the situation in Ukraine. At the moment, the market sentiment in the EUA allowances market is very negative.

All articles are available below: