On the 24th of September 2019 a workshop on transport modeling in the context of climate and energy policy challenges took place in KOBiZE.

Wojciech Rabiega presented the description and features of the CAKE transport model – TR3E (ang. Transport European Economic Model) and presented an analysis of historical sector data. The dynamic partial equilibrium model of the TR3E transport sector is oriented towards a long time horizon (up to 2050 in annual intervals) and covers all transport subsectors (road, rail, air and water) in 28 EU Member States. The model also takes into account the development of new vehicles and technologies (through low-emission vehicles) and uses technologies based on existing fuels (diesel, gasoline, CNG, LPG, hybrids and electric). The model based on the JRC IDEES database – with data on activity, mileage, capacity or loading, and TRACCS – with data on the costs and prices of new vehicles.

The presented historical data on the transport sector in 2000-2015 indicate an increase in passenger transport activity in Poland and in the EU, with the largest share of road and aviation (very dynamic growth, especially in 2014-2015). In these two sectors (road and aviation) there are the greatest challenge and potential for reducing emissions. When it comes to the distribution of emissions in the transport sector in 2015 – both in Poland and the EU, the greater part of emission came from passenger transport than from freight. The distribution of emissions among owners of passenger cars in Poland looks very interesting – in this case, petrol and LPG fueled cars emitted more than diesel.

The description of some of the preliminary results of the analysis carried out on the TR3E model was presented by the second of CAKE experts – Jan Gąska. Three scenarios were assumed for analysis:

Based on the three above scenarios there were shown (all up to 2050):

Preliminary results of the analysis carried out on the TR3E model indicate that a technically potential reduction of emissions is possible, however, this requires at the same time a dynamic increase in sales of electric vehicles, a reduction in the emission of various means of transport and a reduction in the aviation activity or a significant decrease in the emission of this means of transport. In addition, the scenario of „forced” electromobility requires a very fast increase in the share of electric cars in the sale of new cars, which can be a very difficult task. In this situation, an increase in electricity demand from the transport sector will be significant and will require investment in energy infrastructure, and may also hinder the achievement of emission reductions in this sector. Under current technologies, reducing emissions from heavy duty vehicles (HDV) and aviation is key to the net zero goal in transport in 2050. In the first case, the technology already exists (road “trolleybuses”), but it requires very significant investments in road infrastructure and changes in approach. In the case of aviation, reduction of emissions can be very difficult (the possibility of using so-called zero-emission fuels should be examined in this context ).

During the discussion, issues of assumptions for this type of model analysis were raised, e.g. the problem of modeling ticket prices in air transport, or the average mileage of various types of vehicles. Also discussed were issues related to, i.a. the databases used in the model, the assumptions made regarding the decrease in emissions in road transport, taking into account the costs of road infrastructure, the development of new technologies and services in transport (increasing the role of cars on hydrogen fuel, transport autonomy, vehicle sharing), or the EU’s current transport policy, which tends rather towards not increasing the overall number of cars.

The meeting, apart from presenting the model and preliminary results of the analysis to the stakeholders, significantly expanded the team’s knowledge of transport technologies and problems of various databases. This knowledge will allow to significantly improve the transport model and better adapt the scenario assumptions to the likely development of technologies and policies in the future. 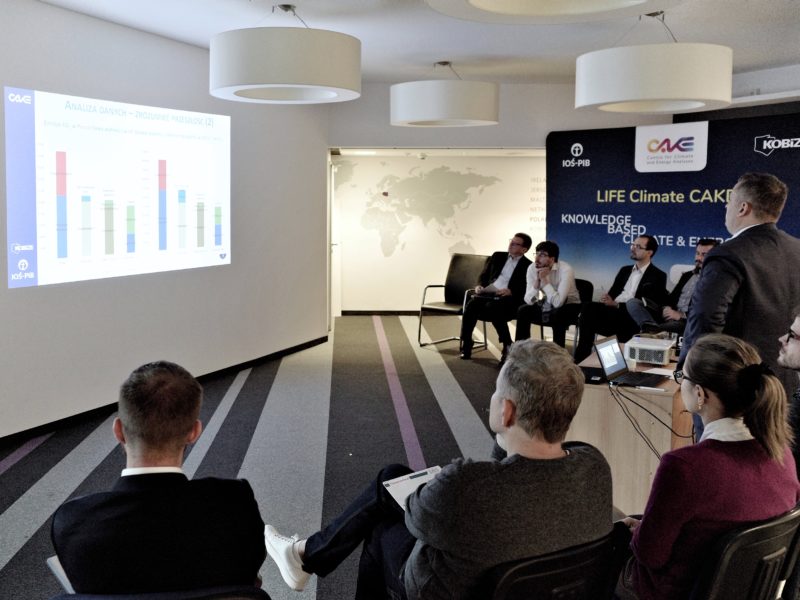 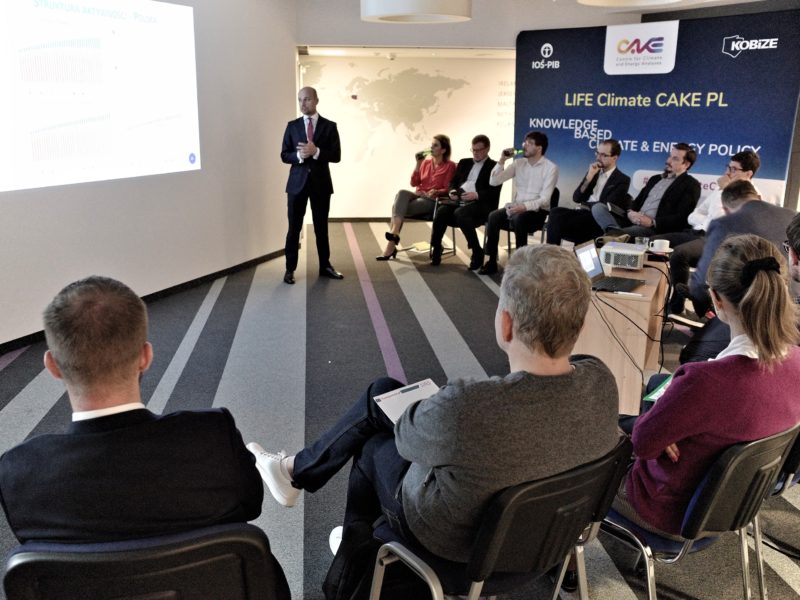 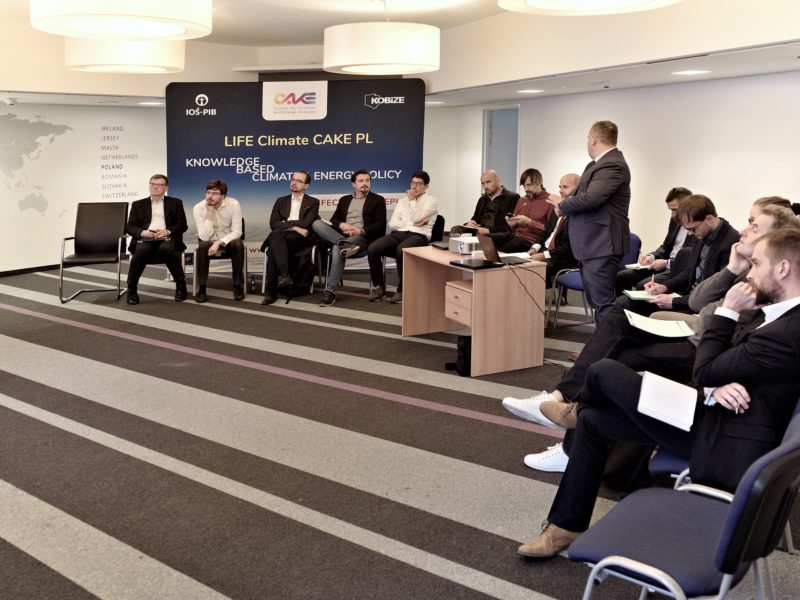 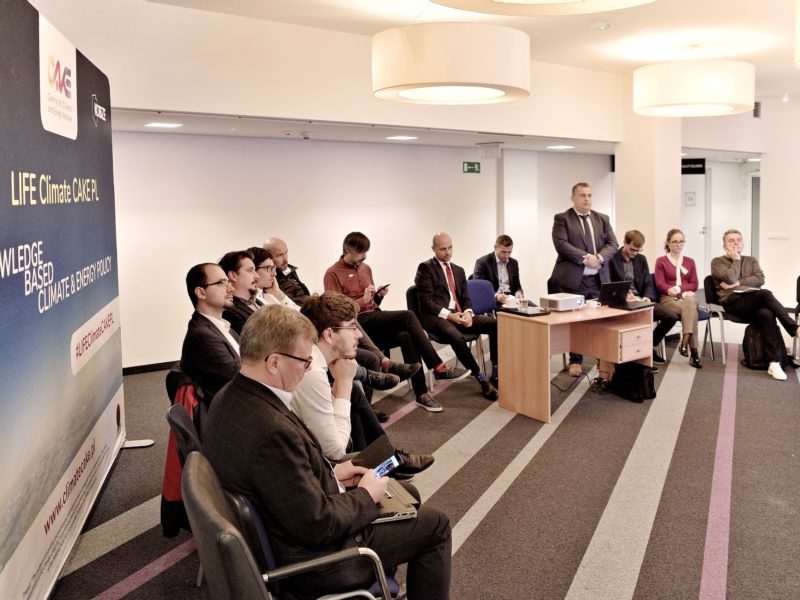 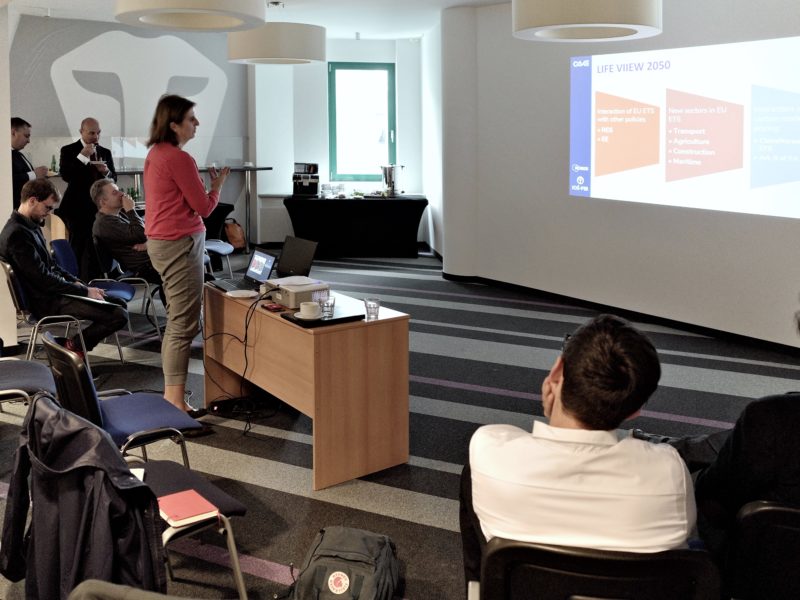